In January, synth player / singer Majel Connery performed at the Trillium Salon series New Years virtual show. On October 12, his New York-based duo Sky Creature – with their partner Matt Walsh (guitar) – made a real stopover in Fayetteville for a Trillium lounge in the garage of the same community.

“I have always wanted to visit Fayetteville! Connery is enthusiastic. “For many years my dad went there a lot on business, and I have always been very curious about Crystal Bridges. Katy Henriksen and I came into contact at some point during the pandemic, and I love it. drive to connect and communicate and build places where artists and audiences can meet. I have wanted to play Trillium for a few years now, and we are so grateful to him for creating this opportunity to play for a group of people that we would never have otherwise hoped to achieve! “

The sound of Sky Creature is a “magical alchemy of opposites: weightless voices against a raging sea of ​​manic guitars and catchy rhythms”. Located within the equally magical acoustics of the parking garage, this Trillium Lounge sets the stage for a unique experiential resonating sound euphoria and a perfect welcome to the fall season.

Trillium co-founder and music journalist Katy Henriksen asked Connery a few questions ahead of the duo’s debut in Fayetteville:

Q. Sky Creature first bonded on the My Bloody Valentine records. Tell us more about that first interaction, what specifically did the two of you discuss about the recordings and why did you bond?

A. I’m not sure I can tell you why My Bloody Valentine came out so early, but we both love their 1991 album “Loveless”. Matt and I come from different planets musically, so when we find something that we both love it gives us ideas of what we can do together. MBV blew me away because it was so different from anything I had ever heard. Part of the immensity of their music – it’s orchestral, it’s moving, it’s unstable – is in Sky. Lately we’ve been talking about whether you can hear fear in music. MBV are Irish, which probably makes them Catholic, which probably means they would have experienced musical admiration by going to church when they were children, and we like to think we can hear in their band that quality of being struck down by something that you may not understand. Who is also Sky Creature. I don’t think Matt and I really know why we’ve always gotten along so well. He’s from Queens; I am from Nebraska. I’m a kid stuck in the conservatory, and he comes from the punk scene. And it doesn’t look like we should be able to make music together. But it works. The creature of the sky is this impossible and precious collision of different things.

Q. You describe your sound as “a euphoric collision of post-punk, trance and deconstructed opera”. Elaborate on your sounds and how you both find them.

A. I am a singer and pianist, and I have opera and classical music in my toolbox. Matt is a drummer and guitarist, and he has all the history of punk, rock and hip-hop in his own. So at some level the sound of Sky Creature is just to put what we have in a pot and detonate it over high heat. We make very conscious decisions to get as far as possible in our music. It must be extremely punk, and extremely opera, and extremely groovy, otherwise we didn’t go far enough. We both use an Eventide Eclipse in our gear, and that’s a big part of the vibe – the ability to flip a switch and turn a guitar into an orchestra, or a voice into a choir.

Q. Recording is such a different beast than performing live. Describe what it feels like to go on tour.

A. First of all, after the covid, putting on shows is miraculous. It’s like an entire bodily function that you forgot you had. Recording and playing gigs is really connected for us right now, and we’re on tour so that by the end of this tour we know how to record. The audience tells you almost everything you need to know. Did they dance and scream, or did they go for a drink in the middle of the song? Each night we play a show, see how we feel, and then spend the next 24 hours deconstructing what we saw happen and making adjustments.

Q. What is your background and Matt’s in music? What are the formative moments that have each brought you to music?

A. We are both classically trained: Matt studied acoustic guitar; I studied piano, oboe and singing. But Matt started playing in a post-punk band called The Forms very early on and did so throughout his 20s and 30s, so I don’t think there ever was a point where he doubted the most important moments in his life would involve being in a group. I have a more tortured relationship with music which basically boils down to not knowing where I stand. I’m a smart IQ about music, but not always about it. Sky Creature is the first time in my life that all the things I can do and feel about music come together in one place, and I’m still getting used to how amazing it is.

Q. The base is Rockaway Beach. Tell us more about your neighborhood and why you love it.

A. Matt is from Rockaway, and New York has always been his HQ. In the aftermath of Hurricane Sandy, he and his wife bought property in Rockaway Beach and spent the next several years rebuilding a house and building a recording studio there. I’m not from New York, but I never got out of it. I lived for years in Chicago, then in the Bay Area, but I always came back to New York.

When Sky Creature really kicked off, I really had to move where Matt was because we had to live and breathe this thing together. Rockaway is special. It’s New York, but there is a beach, and the artists who live here are like those things that grow in the wild. Matt and I feel spoiled because when we play shows in our hometown people go crazy sweating, dancing and screaming, and it’s the purest expression of what we have to offer.

Sky Creature is Majel Connery on synth / vocals and Matt Walsh on guitar. The duo stop in Fayetteville on their national tour to support their upcoming “Bear Mountain EP”. Later this year, they will record their debut LP with legendary producer Steve Albini, for a spring release. (Courtesy photo / Noah Kahlina)

Sky Creature is Majel Connery on synth / vocals and Matt Walsh on guitar. The duo stop in Fayetteville on their national tour to support their upcoming “Bear Mountain EP”. Later this year, they will record their debut LP with legendary producer Steve Albini, for a spring release. (Courtesy photo / Noah Kahlina) 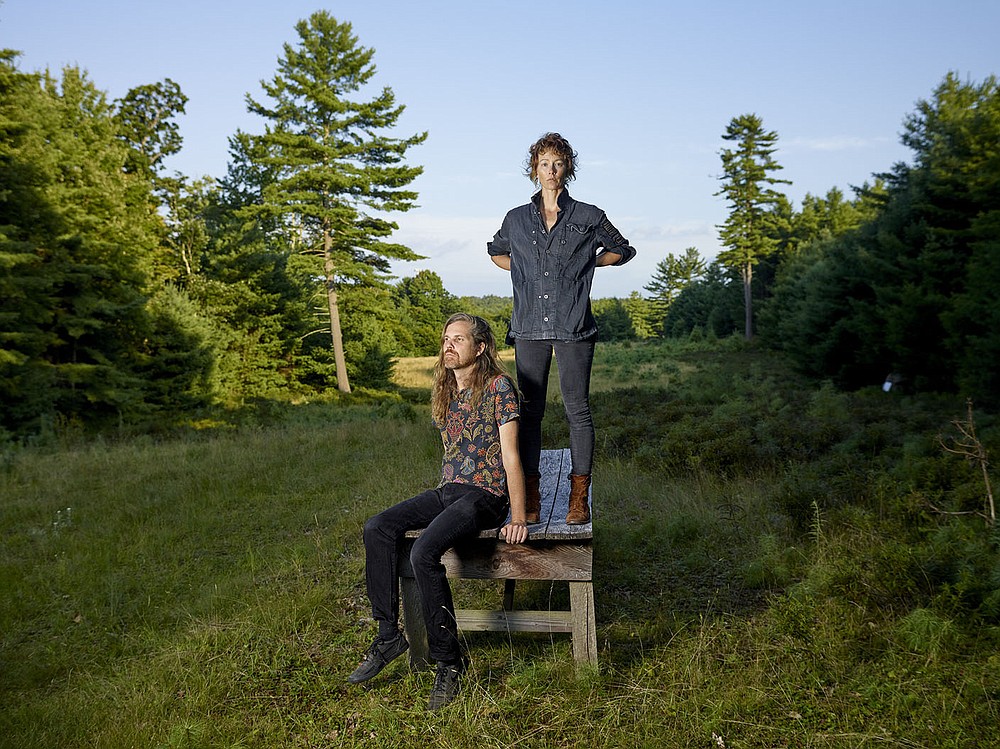 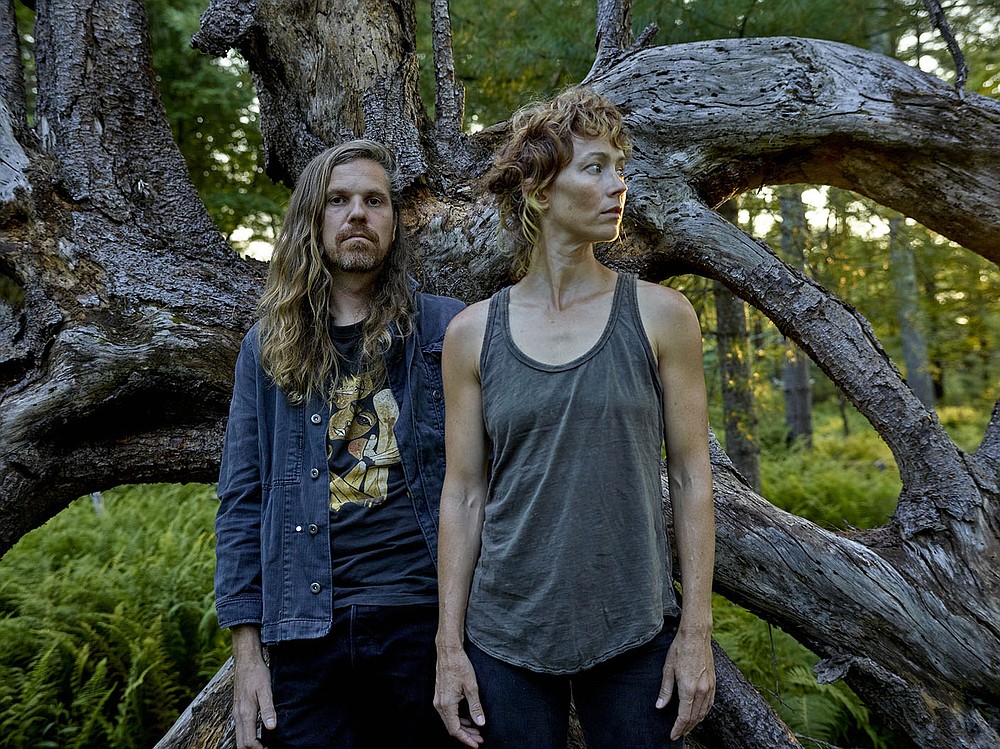 On the cover: Sky Creature from New York brings experiential resonance to Fayetteville with a performance at the Trillium Show on October 12 in the same community. The duo describe themselves as “a euphoric collision of post-punk, trance and deconstructed opera”. (Courtesy photo / Noah Kahlina)

Creature from the sky