Liberty Point can accommodate 1,400 people on the outer decks of the Independence Seaport Museum.

1,400 seats. That’s the size of Liberty Point (the new waterfront property of Avram Hornik and FCM Hospitality), which officially opened on Tuesday, May 3.

The space has more seats than the Walnut Street Theater.

Craft Hall, another Hornik joint, was once the largest in town with a measly 500 seats. Now there’s Liberty Point – taking advantage of the outdoor terraces and river views of the Independence Seaport Museum – with its five bars, three levels, food, booze, live music, DJs, landscape greenery and blooming flowers. While this all sounds like an oversized “Morgan’s Pier South,” the similarities aren’t entirely negligible. 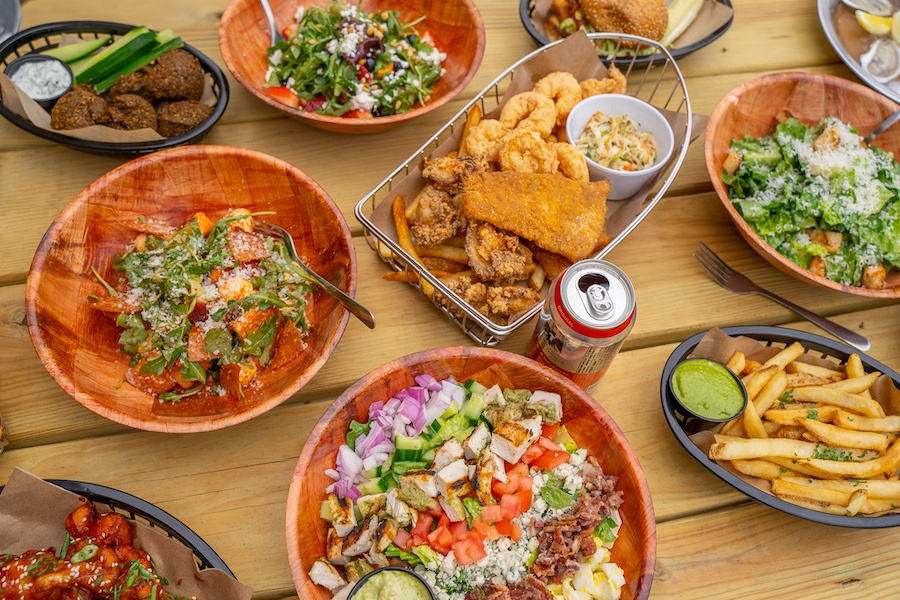 The opening of Liberty Point represents hopes for a summer return to food and drink in a city that has (wisely) been reluctant to adopt a vision of pre-pandemic normalcy. Even still, Liberty Point was first conceived before COVID. It is a project that has been going on for five years.

“For five years, I worked with the management of the Independence Seaport Museum to develop a concept that would utilize the expansive river views from their large outdoor decks,” says Hornik. “The restaurant was scheduled to open in the spring of 2021 but was delayed due to COVID. We’re excited to take things to the next level for outdoor riverside dining in Philadelphia.

Like so many other great restaurant and bar projects, Liberty Point takes an all-inclusive approach to food and programming. The kitchen offers everything from Spicy Korean BBQ Cauliflower to Shrimp and Grits, Yellow Corn Grits Tots, Panzanella Pizza Salad, Fried Seafood Baskets (including “The Whole Jawn” for the particularly hungry) and roast pork sandwiches. Bars are stocked with custom cocktails and frozen margaritas, as well as soft drinks. But, let’s be honest, the view is the real draw here. 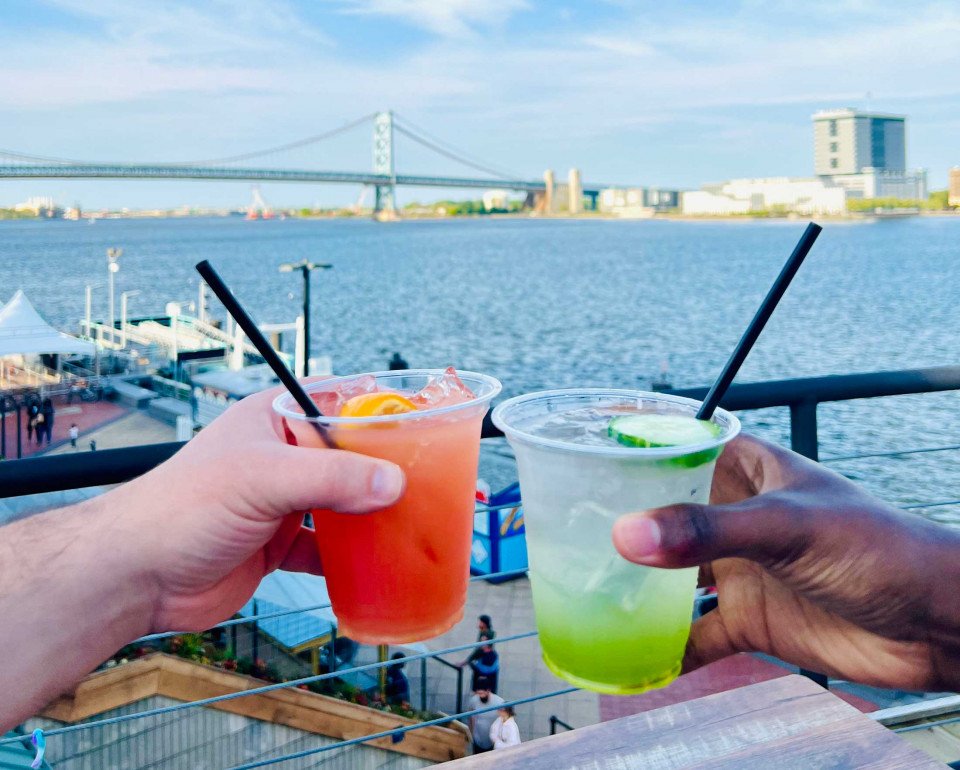 Cocktails and views at Liberty Point / Photograph by Laura Swartz

There’s a permanent stage in the middle of the resort featuring live music, and the first level is both family-friendly and dog-friendly Families with young children will likely stay on this level, as the venue’s stairs make strollers difficult and a longboat permanently moored on this lower level was immediately commandeered by mini-sailors on opening day (as was its intention).

Liberty Point is now open seven days a week, from noon to midnight. As with all of these spots for all ages, expect the early hours to be more family-oriented and the vibe to grow more adult (and sparkly) as the night progresses.

So if you’re looking for a new place to visit this weekend, we’re pretty sure they have room. 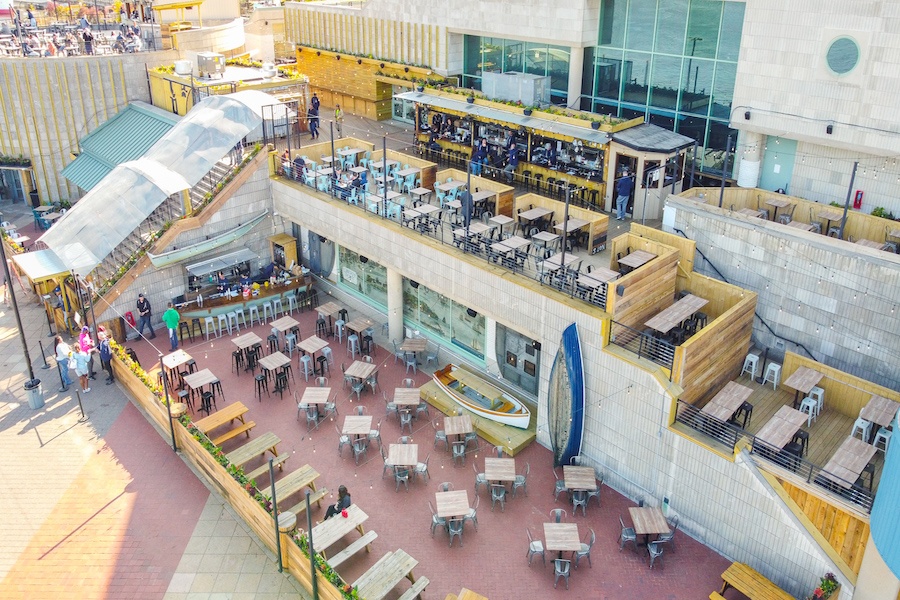